Ask The Experts: How Often Should I Change The Oil During Engine Break-In?

Proper break-in after an engine rebuild is something we've noticed that our customers don't always know about.

Because it’s so little known, we wrote another post dedicated to engine break-in.

Another thing that most people don’t realize is that break-in isn’t complete after that first high-horsepower session.

To be considered fully broken in, an engine must no longer be losing oil, which can take months for even the most active of engines..

Today, we're taking a look at another often overlooked part of engine break-in: oil change intervals. We're going through what you need to know to keep your newly repaired engine running great!

The extended diesel break-in period means you still have to be careful about how you run your engine.

For the first few months after initial break-in, try to keep it from idling as much as possible.

Whether you’re getting fuel or need to run back into the house because you forgot to grab a snack for the road, turn your engine off rather than keep it running.

It also means you’re going to have to change the way you change your oil.

We know how expensive an oil change can get for a heavy duty diesel engine, but an extra oil change or two is nothing compared to ruining the break-in and having to rebuild your engine all over again. 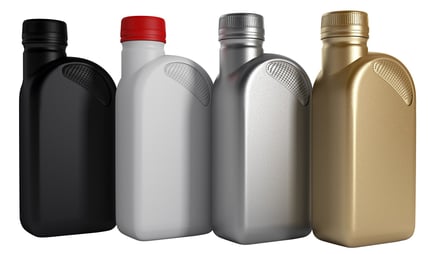 Each oil change during the break-in period of your diesel engine comes at a different time. It's important to know the intervals to ensure proper break-in and to keep your engine running at its best.

Within 500 miles of first starting your engine after the rebuild, you should be getting the first oil change.

Having the oil changed this soon helps remove any contaminants that may have gotten into it during the rebuild, as well as any metal particles that get in it during break-in.

When the piston rings and cylinder liners first make contact, they’re not quite sealed.

The first initial break-in is what pushes the rings up against the cylinder. The longer break-in process is what perfectly seals them.

Cylinder liners are made with tiny grooves on the inside of the cylinder, which create peaks and valleys. As the engine runs for the first few months, the rings sliding up and down in the cylinder wear down the peaks.

Essentially, the rings finish machining the cylinder liner. This creates better sealing, but means that miniscule particles of iron get into your oil and have the potential to ruin your engine.

The second oil change should happen at approximately half the usual interval.

THE THIRD OIL CHANGE AND BEYOND

Starting with the third oil change, the engine is considered fully broken-in and is ready for standard interval oil changes.

There are a couple things you should keep in mind when you're changing your oil. These include:

When changing your oil, make sure to use conventional motor oil for the first few changes.

Synthetic oil is too slippery for proper break-in, and should not be used until months after the rebuild.

2. USE BREAK-IN OIL OR AN ADDITIVE

Another tip for the first oil change after rebuild is to use either break-in oil or additive. Break-in oil is especially clean of contaminants, which helps out when the peaks of the cylinder liner get machined down.

Most break-in oils are also high pressure oils that keep the oil from scattering under the intense pressure that can occur during break-in.

Proper oil changes are important to other aspects of your diesel engine as well.

We hope this will help you make sure your engine runs to the best of its ability.

SIGNS YOUR ENGINE MAY NEED A REBUILD