Is your VGT giving you trouble again? 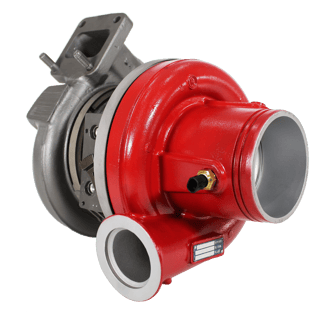 We know it's frustrating to be looking at thousands of dollars of turbo damage yet again, and that frustration has led many operators to pull off their VGTs altogether.

But before you do, it's important to be aware of the benefits a VGT can offer.

Often, VGT failure is a symptom of a bigger problem in your engine, not a fault of the turbo itself.

Here, we take a look at VGT turbos and why keeping them on your engine might benefit you in the long run.

We hear a lot that operators want to install a fixed vane turbo on their engine to avoid VGTs because they're not pleased with the performance.

It breaks down on them, and they're looking at an expensive repair or replacement—on something that will just break down on them again.

It's true that VGTs have had trouble in the past. When they first came out, they weren't reliable, and we weren't comfortable selling them.

We couldn't find a manufacturer we trusted to deliver a quality product.

Recently, though, the technology has improved, and we're able to source quality, reliable VGT turbo parts. And, more than that, we're seeing that often the turbo isn't the point of failure.

That's right, it's more likely a symptom of a failure somewhere else in the engine.

The Differences Between Standard, VGT, and Wastegated Turbos 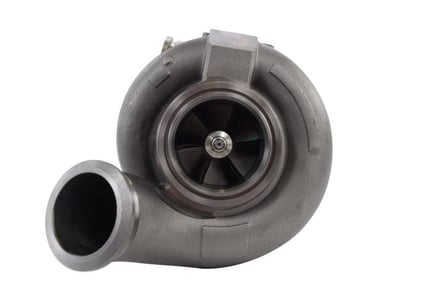 In a standard turbo, the exhaust gas travels into the turbine/exhaust side, spinning the shaft and compressor wheel. Air is also drawn in by the compressor wheel, which is then compressed into high temperature, high-pressure air.

This air will be forced through the outlet into a cooler and then on into the engine.

The use of the exhaust gas spins the compressor wheel and supplies higher volumes of air into the engine. This increases output and boosts the horsepower of your engine. 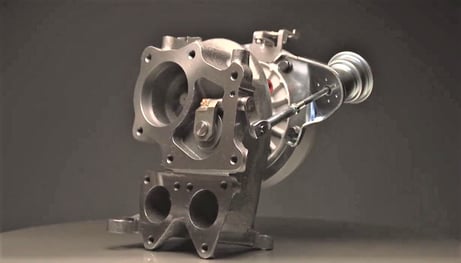 With a wastegated turbo, there's going to be a pneumatic actuator attached to the exhaust house and has a line running to the compressor housing that senses boost pressure.

As the boost pressure rises, the pressure increases in the sensing line as well. This then pushes against the springs and overcomes the spring pressure.

A valve opens inside the exhaust housing, letting some of the exhaust bypass the turbine wheel. Essentially, the wastegate controls the speed of the turbo. 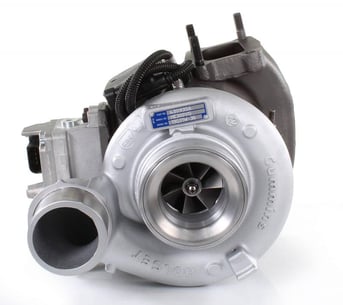 As engines have advanced, though, wastegated turbos have become less efficient.

The wastegate isn't precise enough to handle the level of performance required of diesel engines as emission requirements have become stricter. That's why the VGT was built.

VGTs don't have a wastegate that regulates the exhaust flow. A VGT more accurately controls the air-to-fuel ratio, allowing for more horsepower.

The vanes inside a VGT are what allow you to maximize your boost at a much greater RPM range. This is because they are adjusting vanes.

At a low RPM, the actuator tells the vanes to stay tightly folded, not letting as much airflow through.

At higher RPMs, the vanes start to open, which lets more air enter the engine. This assists with keeping the air-to-fuel ratio accurate.

If the air-to-fuel ratio is incorrect, your engine won't combust properly, which leads to harsh engine conditions—high exhaust temperatures, high cylinder pressures, and high compressor outlet temperatures. This can lead to problems throughout your engine.

Why VGTs Reputation Has Led to Engine Deletes

VGTs still get a bad reputation, despite so many improvements to the technology. Often, this comes from operators who have deleted their engines.

They've taken the EGR cooler off, but have left the variable geometry turbocharger on. It's then a lingering piece from the emissionized engine.

In their mind, it's the turbocharger that's causing the problems, rather than the fact that when the engine was built, the system was optimized to work together. Without all the components, the VGT isn't going to function as intended and the engine conditions will begin to cause failure.

We hear about head gasket failures, cylinder head cracks, and lack of valve lash because of the high temperatures and high pressure.

To try and solve this problem, operators often want to put on a non-wastegated turbo, or pinch off the wastegate, going back to components that have worked for them in the past.

But what it comes down to with a deleted engine is the calibrations are off. A variable geometry turbocharger can be a big turbo, a small turbo—whatever kind of turbo the engine needs to run properly, but when some of the components have been deleted, the engine is no longer running under optimized conditions.

If the calibrations haven't been correctly changed, then you'll start to see those catastrophic

Because it's against federal emission regulations, HHP does not handle the calibration of deleted engines.

What's Lost When the VGT is Deleted?

When you delete your engine, you'll be losing out on some of the unique benefits of the VGT.

An optimized VGT is going to be a far better turbo in most situations than your standard turbo.

If the VGT is deleted, you'll lose some of your engine braking force. You'll also lose the precise airflow when you need it.

You won't be able to make as good of a boost on the low-end RPMs, where a VGT can still get good boost.

Highway & Heavy Parts Can Help With Your VGT Turbo Needs

Highway & Heavy Parts is committed to helping you diagnose your diesel engine problems. Our team of experts can assist you in pinpointing your issue and finding you the right parts for the job!

We know you want quality, affordable parts that will last, and you want them fast! That's why HHP only sources components from the highest quality manufacturers.

You're getting the best possible diesel engine parts, oftentimes the exact parts you'd find at the OEM dealer.

If you're having trouble with your VGT turbo, we have a huge inventory of parts to get you back up and running. Most parts ship in two days or less!

Don't sacrifice quality to get the best price possible! We have it all here—high quality replacement parts, backed by an industry-leading warranty.

WHY DIESEL ENGINE OIL CHANGES ARE KEY FOR YOUR VGT TURBO

THE BENEFITS OF DIESEL VGT TURBOCHARGERS COMPARED TO WASTEGATE TURBOS