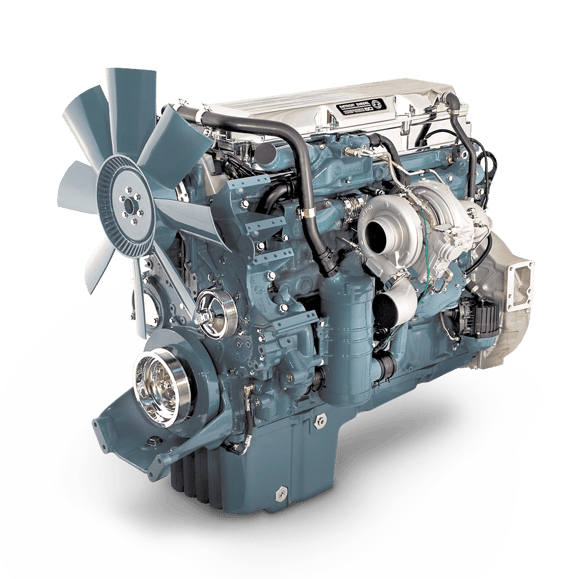 The 11.1L and 12.7L were introduced at the same time, but the 12.7L long outlasted the smaller version. It was in production until 2007, when it was completely replaced by the 14L, which came onto the scene in 2001. According to some, the 12.7L is the most popular version of the Series 60, but the 14L is very popular as well.

The Series 60 engines were revolutionary when they were introduced because of their electronic control system, which was the first to appear in on-highway engine applications. It's overhead camshaft design was also unique at the time, giving the Series 60 engines a special position in the market.

These engines, particularly the smaller ones, were favored by buses, as well as numerous other applications. The 14L became the favored engine of Freightliner, helped by a joint venture between the two companies.

Despite being part of the same engine series, multiple differences exist between the versions, particularly between the 12.7L and 14L. We go through some of those below:

One of the obvious differences between the engine versions is their size. For obvious reasons, the 14L is slightly larger than the other two. This increase in size to many of its components led to performance increases as well.

Another obvious one, but as you can tell by the names, the engine displacement (the amount of air your pistons can pull in, combined) changed significantly between the two versions.

It's often measure in liters, and this number directly relates to the power output of your engine, with a higher displacement often meaning more power. The 14L has a bit more power than the 12.7L, but it also tends to use more fuel.

The Detroit Diesel Electronic Control system (DDEC) is the revolutionary electronic controls found in the Series 60 engines. These have gone through multiple versions, and different ones can be found on the both the 12.7L and 14L.

The 12.7L went through the various phases of the DDEC, with the older engines having either the DDEC I, II, or III. DDEC IV was introduced in 1999 and was a part of all new Series 60 engines. This version of the DDEC was released before the 14L, and included changes to the cylinder kit as well.

In 2003, an updated version of DDEC IV was released. The 14L also benefits from later versions of the systems, post-discontinuation of the 12.7L, which allows for greater control of fuel injection.

So which engine is better? That all depends on who you ask. They both have their advantages, depending on what you're looking for in an engine. Some argue that the older engines were made better, while others enjoy the control and efficiency granted by the newer models.

Whichever way you go, the Series 60 line of engines has long proved its reliability and strength.